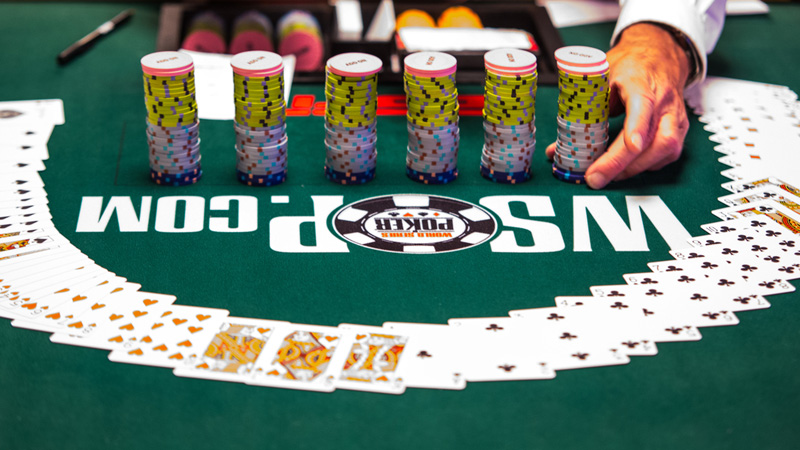 How to Prepare for the WSOP

Jeremy Ausmus – Bracelet Winner Explains How To Build A Bankroll

Amongst tournament players, Jeremy Ausmus needs no introduction. To say the least, he’s been thrashing the poker world on an international level for the last couple of years, between placing 5th in the WSOP Main Event for $2.15M in 2012, winning a WSOPE Bracelet in 2013 for $95k, and shipping the Venetian Deep Stack Extravaganza Main Event for $12k. With no sign of slowing down in the future, I asked this world-class tourney player to shine the light on his path to success, and how he plans to continue to excel in today’s competitive poker environment.

Is there anything you can think of that separates the 1 or 2% of elite players on the tournament circuit from maybe the break-even regulars or even the weak players?

I think self-awareness is huge; especially looking at the long term—playing poker for a living—that one is really really important.

What is the most important talent for being a successful poker player?

For a lot of tournament success, you just need to be good at all stack sizes.

In your early days, before you became successful, what was the biggest obstacle you overcame, or the biggest thing holding you back?

Something holding me back was probably just knowing the numbers—was some of it—I was naturally kind of a tight player, so loosening up I had to work on, a lot.

What training resources, poker theory, books or coaching do you rely on for your ongoing poker education?

The most interesting thing for me has been playing around with Poker Snowy (sp?)…which is, I think, the closest thing we have to an example of what a game theoretically-optimal strategy would look like. There’s a featured called “challenge poker snowy” where you can play against it, and I find it quite difficult. I do think having a better understanding of what optimal play looks like is essentially the future of poker.

What do you do to improve your mental game?

I don’t [do anything to work on the mental game] I feel like I was kind of blessed with the mental side of poker—as far as just keeping yourself together—I’m pretty grounded, I’m not going to get shook up if I lose a hand.

How do you prepare mentally, physically and intellectually for a tournament?

I’m ready at all times. I don’t like to be tired when I’m playing. I feel like my decisions are definitely a little worse.

How does your strategy change according to structure, buy -in, and the field?

In a tournament I’ll look at it; because I wanna see the jumps that are coming up, but that’s not going to deter me from playing a tournament, unless it’s a really big buy-in.

If you right now could go back and give yourself of 5 years ago advice what would you say?

No regrets. I’m happy with how everything turned out!

If someone said they have $500-1k to invest in poker, how would you suggest they get started, and run up a bankroll in today’s games?

There’s probably some small live tournaments–$25 or something like that—but online is really probably the way to do it. I don’t advise a lot of people to go play poker for a living, honestly.