Three Betting Out Of Position

Learn The Truth About Three Betting Out Of Position Profitably 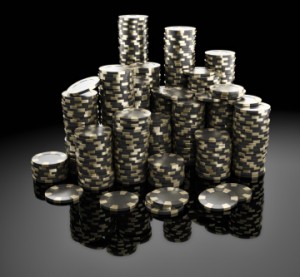 It’s no surprise that beginners and transitioning NLHE players get confused about three betting out of position.

…the truth is, the airwaves are flooded with conflicting guidelines when it comes to three betting out of position profitably.

Mainstream books and videos simply tell you to “nit it up out of the blinds”, but does that mean your three-betting range should narrow too?

…Which opponent types should you be three-betting?

…Three betting AA** seems standard when I’m in position, but should I always pull the trigger when I’m out of position as well?

These are the most frequently asked questions I get from students. Here in this article, I’ll give you some real strategies to start making money out of position, instead of having to let it slowly bleed out of your stack.

Let’s be clear here…you definitely want to be three-betting a tighter range out of position.

That being said, obviously you still have to adjust your play according to your opponent’s tendencies.

***Now, you know I always say the two of the main goals for three-betting are for isolation and value. (Tweet This)

…this is why I three bet out of the blinds to regain the initiative with hands that I perceive to be ahead of my opponents opening range, not to mention it allows me to play a pot heads up.

This works MUCH better than just calling a late position open because when you call, you will often times induce a call from the big blind as well…which restricts our options and just lands us in a lot of awkward spots postflop when we miss.

Okay, so here’s the deal, when you find yourself in a single raised multi-way pot out of position…

…there are VERY few post-flop scenarios where you will get the the opportunity to outright bluff two other players.

But if you three-bet a hand that’s both ahead of a late position open and has a smooth equity distribution (picks up equity on a high % of flops), you can play quite profitably against opponents who stack off with bad draws, or just surrender too much when you c-bet.

Things change in a big way if you change our hand, the opening ranges of your opponents, and your position at the table.

If I have 9876ds in the SB, I’ll three bet this hand facing a late position open from a loose player almost always because it allows me to play two hands at once. The majority of players will give you credit for AA** or big broadway type cards.

Now, when you c-bet A or K high flops, they usually give you respect and play very straightforwardly (anytime you can force an opponent to play ABC against you is always +EV).

Additionally, your hand is smooth enough that you can bet/call a ton of flops or barrel profitably because you gain equity on a lot number of boards.

Most of the examples I’ve given you here are against late position openers,

…but what about against early position openers?

Should your three-betting range stay the same?

…This depends on your opponent’s range, but for the sake of simplicity, let’s assume that the majority of players have a solid opening range from early position (let’s say 10-15%). Against ranges like this, I like flatting out of the blinds with the aforementioned rundown type hands instead of three betting. This is to avoid getting four-bet, and with the aforementioned hands, I’m not three-betting for value anymore against a solid opening range.

The value in hands like JT87ss and 9876ds is derived MORE from their post-flop playability, and LESS from their raw pre-flop equity,

…so when faced with an early position open from a solid opponent, I prefer seeing some board texture before I continue.

Something else to note is that I’m more likely to three-bet rundowns out of position than I am AA** hands for a couple of reasons.

…I’m definitely auto-three betting the premium Aces against almost any open at nearly any stack depth. This is not based solely on the fact that I have AA**, it’s because it’s equity distribution is smooth enough that I’ll be able to bet/call and barrel a broad range of boards.

***The reason I like flatting my weaker AA** type hands is because similar to other polarized hands (think KK72r), their value increases as the number of opponents and stack depth decreases, particularly out of position, where it’s much better to have a nuts or nothing range in the first place. (Tweet This)

From my experience, I’ve found that regardless of how much you three-bet out of position, players generally identify a significant portion of your range as AA** type hands.

Call me crazy…but in my opinion, telling someone what my hand is, giving them position, AND building a juicy pot for them is probably not going to yield a ton of long term profit against most opponents.

***If you three-bet rundowns, you still get the respect of AA**, but now you have the playability of a rundown to work with.  (Tweet This)

Put simply, you essentially get the luxury of playing two hands at once.

In the end, my view of hands that are good candidates for three-betting are…

All of these factors enable me to either narrow or widen my three-betting range depending on how fit/fold they play post-flop in three-bet pots. Widening your three-betting range out of position is a recipe for disaster against skilled players, but against weak players it’s good because they make a lot of mistakes, due to the fact that they generally don’t respond to aggression very well.